ADMINISTRATORS, DISTRICTS AND / OR SCHOOLS

You are here: Home / ALL PRODUCTS / Quick & Neat Writing Pad

Compare us to other leading writing tablet brands, Channie’s Quick & Neat Writing Pads offer unique patent pending format that you have never seen it before.

Colored blocks for consistent upper-case and lower-case size and placement, vertical dotted line as guidance for straighter lines, spacing assistance with our helpful divider lines, quality paper that won’t rip as you write!

It truly helps my son focus on quality of writing.

Can be used for weekly school assignment

Pages are easy to pull out. My son was actually excited to use these sheets and voluntarily asked for one as soon as I showed him the pad. I am hoping to integrate these with some of his weekly school assignments.

The Redispace paper can be used for writing or math

My nephew uses this paper. It helps him to write within the lines.

These are awesome for 1-3rd graders to encourage smaller and consistent sized handwriting.

We purchased this for our son(age 8) to practice his sight words and improve his handwriting over the summer. His teacher said this would be a great product for him.

My kid loves it!

I have a rising 6th grader with ADHD and his writing is terrible and has been a consistent source of frustration for him and a problem at school. He’s transitioning to typing, but my wife and I have been concerned about his ability to leave simple notes for people or fill out forms or do the everyday printing he’s going to have to do as an adult. This notebook has turned his world around. After a single use it is like a light went off in his head. He is able to clearly see and organize his own writing. It’s as if the page has opened up for him. He is more consistently self-correcting form and spelling errors and – this is the best part – it has made him want to write all on his own. As in just sitting down and doing some writing. Not a novel or even more than a couple sentences, mind you. But the fact that he wants to do any writing at all is mind-blowing. We have seen these changes in less than a week! He’s been working with an occupational therapist on some executive functioning and other ADHD-related issues, and she is amazed at the progress he’s made in just a week. She has asked for the link to this so she can have it in her toolbox for her patients. One of the first things he asked when he started using the notebook was whether he could use it at school. He’s going in to 6th grade, and the cover of the notebook says it’s for grades 1-3 and has some pretty young cartoonish characters on it. So I just took some duct tape and neatly covered the whole thing, and he can write on it or put stickers on it or do whatever he wants. Now it just looks like a tweens notepad. This is a total game changer for my son, and we’ll be buying lots of these going forward. If you’re thinking about giving this a shot, you really can’t lose at this price, and it might just make all the difference.

I have tried several types of handwriting paper for my Autistic daughter and this one helped her the most by far! I will continue to buy this paper, as well as other products within this line.

Great for my ADHD kid

A great product for my easily distracted ADHD kiddo. His reading is great but his writing is terrible. This pad helps so much with spacing and clear writing – it gives him the confidence to keep trying.

Good for kids with Dyslexia or CI

My son has Convergence Insufficiency (something similar to dyslexia) and I’ve been looking for paper to help him write neater. This is a great idea and helps with handwriting. I like it better than the solid white with the pictures of a plain cloud ground and worm on the side and the solid vs dashed lines. The solid green center of each row helps him better track where he is. If I had any complaint it would just be that I wish it came in two sizes. He still writes really big and has poor fine motor control so he gets frustrated staying in the smaller lines. But it’s probably age appropriate size, he’s just delayed for a first grader with regards to writing.

Good for kids with Dyslexia or CI

My son has Convergence Insufficiency (something similar to dyslexia) and I’ve been looking for paper to help him write neater. This is a great idea and helps with handwriting. I like it better than the solid white with the pictures of a plain cloud ground and worm on the side and the solid vs dashed lines. The solid green center of each row helps him better track where he is. If I had any complaint it would just be that I wish it came in two sizes. He still writes really big and has poor fine motor control so he gets frustrated staying in the smaller lines. But it’s probably age appropriate size, he’s just delayed for a first grader with regards to writing.

Definitely helpful for proper spacing and letter size uniformity. The chart in the inside cover demonstrates how letters are to be filled in. A great way to coach young writerson uniformity and smooth lines.

Very useful item. We use the math lineup workbook daily. The squares are an appropriate size for numbers. I like that the pages are printed on both sides. Two thumbs up.

This is a great tablet to help guide awareness for letter spacing. It’s helping my visually impaired child!

I just bought this amazing product made by some of the smartest brain’s in the industry. Worth every penny spent on it .. my sister always struggled to improve her hand writing and tried various products .. but never showed interest .. worked for couple of days and left .. but after using this product .. she is completely attached to it.. Great Product.. everybody should try it ..:)

We have had fun using it for his homework to help with him ...

This has been so helpful for my son w/ dyslexia. We have had fun using it for his homework to help with him seeing the spacing of the letters better and working on handwriting. Recommend!

Product is good quality and would be good for someone earlier in ...

We have twin 8yr old boys born in the Fall so they are in 2nd grade. Bought this for one of them. After using for several times, this is more for someone at the late kindergarten or early 1st grade writing level. The spaces are too large and don’t align with what is being done in school. Product is good quality and would be good for someone earlier in the writing process.

Just what I needed

Perfect! Exactly what I was looking for an it really helped.

Due to my child having a vision issue, her words would all run together, therefore, there was NO spacing in between words. This allows her to see the lines and where her letters should go. We like this product so far.

Just what we needed!

My older daughter has fine motor difficulties, and this notebook has really helped her with letter position and spacing. My younger daughter is just learning to write, and this has really improved her writing all the way around.

My son is on the older side: 9 going on 10. I put off working with him because I just knew his handwriting would naturally improve as he got older. Well, here he is going into 4th grade and his handwriting still looks like something a Kindergartener would write. This notebook seemed like the most pain-free solution and so far, it hasn’t disappointed. Don’t get me wrong, he gets frustrated a lot because he’s never had to pay attention to his penmanship before, but it is slowly improving. His handwriting when he isn’t using this notebook is slowly improving. One neat thing: when his big sisters (ages 10 and 13) saw his notebook, they exclaimed that they wanted some too! So I’ll be getting notebooks for all of them and they can all practice their handwriting together.

My grandson is a rising 3rd grader, and his handwriting is awful. Teachers no longer emphasize penmanship in the classroom. However, they are quick to complain about his handwriting. I will use this summer 2016 to hone his writing skills. Thank you for making this kind of tablet. I can emphasize to him that most letters begin with a vertical line or end with a horizontal line. He can understand how to stretch out a letter by filling the small square. He can understand spacing between words. It is different from the Mead line tablets in that it gives you an understanding of vertical lines in letters. Hopefully, by the end of summer, his penmanship will be better!

Great product. Even the kids love how is it helping them write better.

This is a great tool to help children to begin and/or practice handwriting. We use it extensively for our kids, also have them write sentences with the sheets.

I’m 34 yrs old and back when I was 6 I learned my cursive with a similar product, since has little and big squares it was very easy to practice and end up with a very good handwriting, it is the standard handwriting method in Chile. But now that I an adult and have a 5 yr old of my own I find very difficult to teach my daughter her letters. I was going to order some from Chile and spent lots of money just on the shipment. I am so glad I found it, I tell you that is a great learning method. 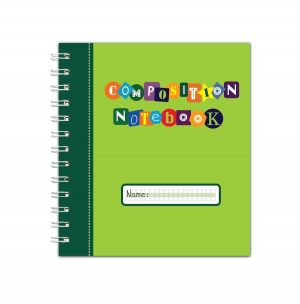 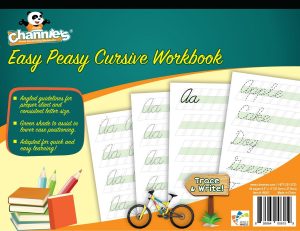 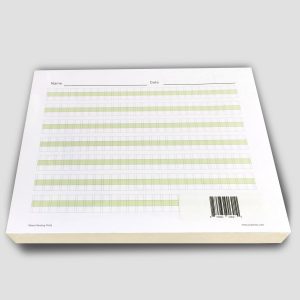 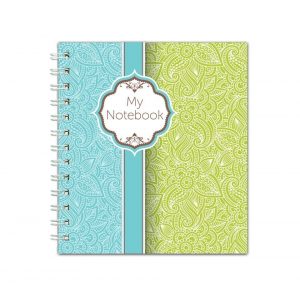 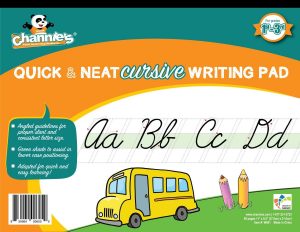 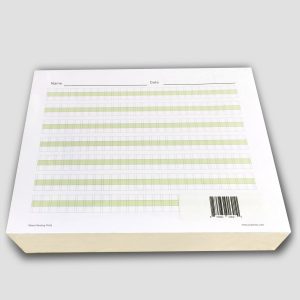 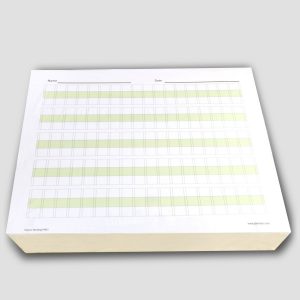 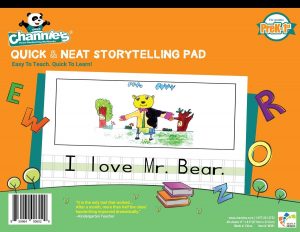 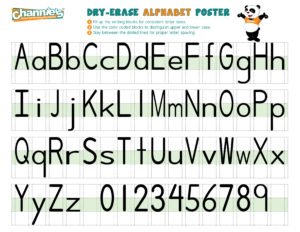 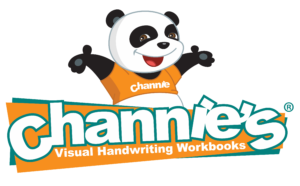